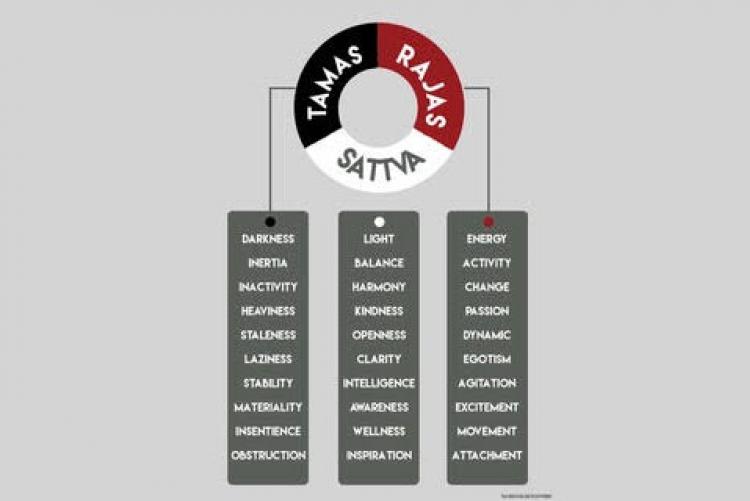 Coincidently, I came across this photo that so nicely clarifies the three gunas after our last sutra study discussion.

We had previously discussed that the practice of yoga is a dualistic philosophy and recognizes there is a Purusha (the inner most unchanging individual self, or soul) and Prakriti (everything that changes… Nature). Which then brings us to identifying the three qualities of Prakriti known as the gunas.

The three gunas are the qualities of nature, which show up in all things to varying degrees. They can have positive and negative qualities to them depending on their activation.

One of the goals of yoga meditation, repeatedly discussed in traditional literature, is to maximize the presence of the guna of sattva and minimize rajas and tamas. Since Sattva is by nature discriminating, it recognizes the distinction between purusa and prakriti, the soul and matter, when not distracted by the other two gunas.

Consciousness citta functions in five different levels according to the predominance of its qualities such as sattva, rajas, and tamas.

3) viksipta – partially stable, attenuating or oscillating between wandering and stability.

As we start to study our action and reactions within the context of yoga, we will start to find out where and how these gunas are present. When you sit quietly before starting a class or your practice, do you ever experience how the mind functions or moves in several different levels? Have you ever found your mind scattered and wandering only to find it settles into more one pointed after certain asanas?

Please join us for the next Sutra Study Group on Saturday, August 15.

Thank you Ruth!
You have definitely increased my health and happiness. After that last restorative session when you focused on opening up our chests, I have been laughing so much--I'm prone to laughter anyway, but apparently that increased the energy :-)
Happy Holidays and Namaste

END_OF_DOCUMENT_TOKEN_TO_BE_REPLACED 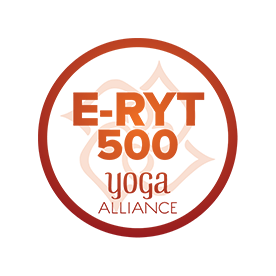